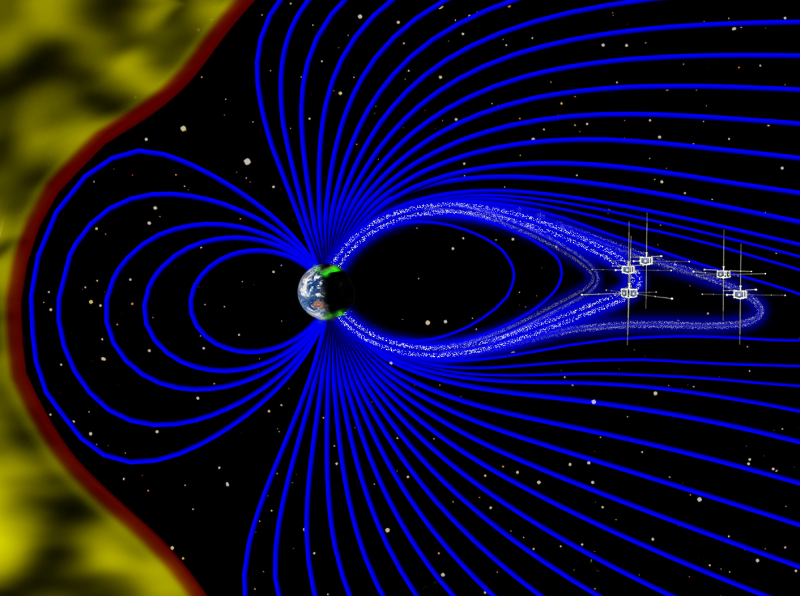 In January, geologists updated the model of Earth’s magnetic field, a year ahead of schedule.

1. Study the map titled “Magnetic Motion.” How much time separates each pair of red dots between 1900 and 2010?

Answer: Because the red dots are much farther apart after 1990, we can conclude that the pole is moving a lot faster in the last few decades than it did prior to that.

3. Why do we care about what happens to the magnetic pole of Earth?

4. Why did geologists decide to update the model a year earlier than expected?

Answer: Because the position of the pole was changing so fast that navigation was becoming inaccurate.

5. What is the working hypothesis for why the position of the magnetic pole is changing so rapidly right now?

6. How does this news article relate to what you have learned about Earth’s magnetic field?