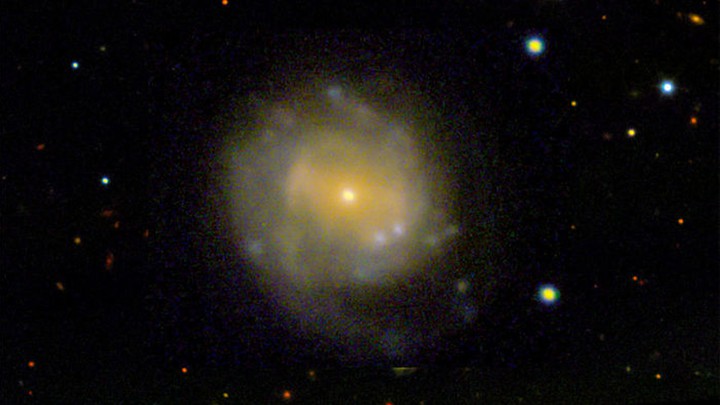 Once in a while something new happens. In the case of an article published in The Atlantic, astronomers observed an object that had properties like those of a supernova explosion, but much too fast. That led to some detective work across the electromagnetic spectrum to try to figure out what was happening!

1. What event triggered astronomers to pay attention to this particular location in space?

Answer: A bright spot appeared where none had been before.

2. How did astronomers communicate with each other that something interesting was happening?

3. Where did the event happen?

Answer: This event occurred in a nearby galaxy. It was detected at a telescope in Hawaii. (Note: I would use answers to this question to find out if students have sorted out what an “event” is, and the difference between an “event” and the detection of it.)

4. What about this event made it clear that this was not a “normal” supernova?

Answer: It was too bright, and also faded away too quickly. This is weird because brighter supernovae should fade away more slowly, not more quickly.

5. What is the current working hypothesis about what happened in the event?

Answer: Astronomers think this may have been the formation of a black hole or a neutron star.

6. How will astronomers test this hypothesis?

Answer: This event is over, so astronomers will have to wait for another one to occur to test their ideas against observations of that future event.