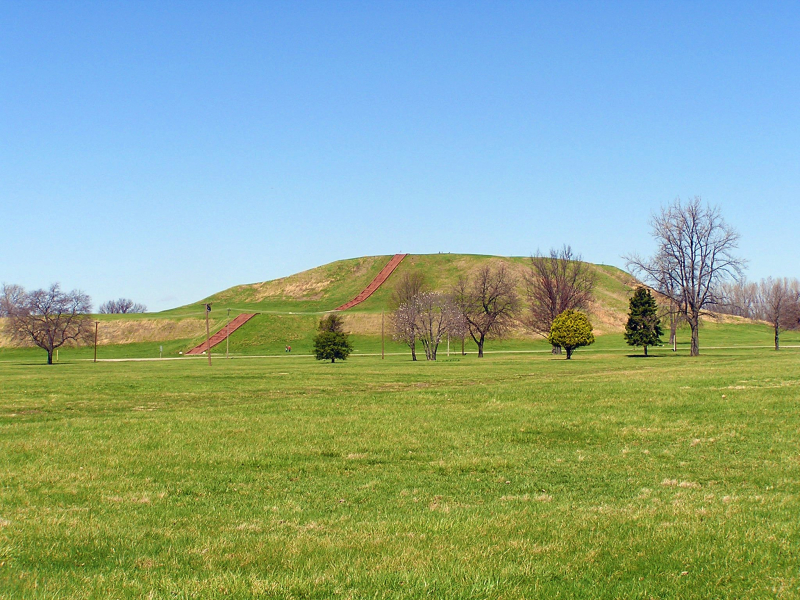 Remnants of the lost city of Cahokia. Credit: Steve Moses/Flickr (CC BY 2.0)

In this article from Scientific American, a climate scientist talks about why she is not reassured by the idea that “the climate has changed before.” This is an opinion piece, but it is worth a read if you have students who raise this argument.

It implies that Earth’s climate is very sensitive to small changes.

2) This scientist is making the case that historical climate change has had dramatic and long-lasting effects on human communities. Do they provide evidence to support this argument?

Yes. The author mentions many examples, from both prehistoric and historic times.

3) The author also makes the case that many factors contributed to these effects. Identify an example of a pre-existing condition that was made worse by natural climate change.

Answers vary, but the overextended Roman empire or inequality in France might be mentioned.

4) Do you see any evidence for a similar pre-existing condition in the country today? Explain.

Answers will obviously vary depending on where you live. This is a small test of how well-informed students are about what’s happening in the larger society.

5) Describe how climate change might impact the condition you noted in (4).

Answers will vary, but should be consistent with their answer to 4. So, for example, if they mention immigration, they might include here a mention of how drought drives migratory patterns.

6) In your own words, explain the argument this scientist proposes that historical climate change should be seen as concerning rather than reassuring.

Answers will vary based on the students’ comprehension of the post.