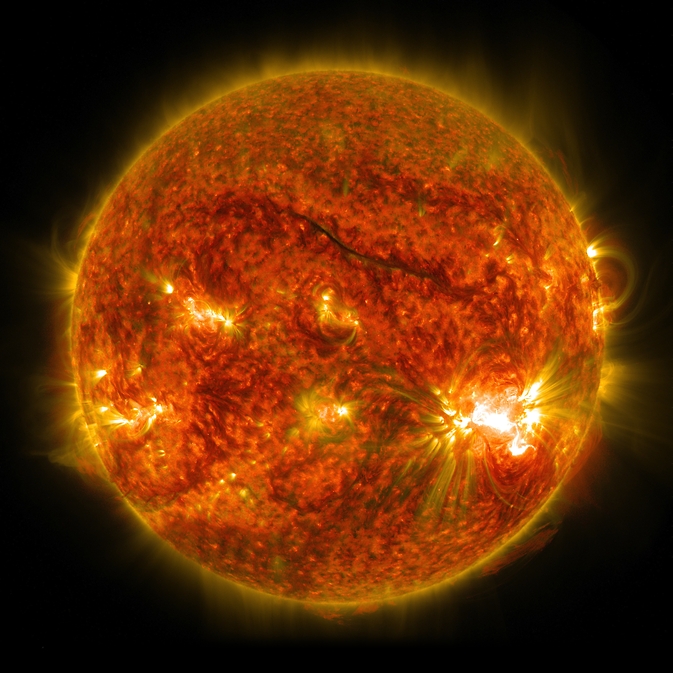 Just in time for the close of the semester, we get a present from NASA! According to this article on NPR, the Parker Solar Probe has arrived at the Sun, and it’s sending us back some big surprises.

Here are some questions, inspired by the Parker Solar Probe’s recent discoveries, that you can ask your students:

2) The Parker Solar Probe has observed unexpected spikes in the flow of solar wind, where its speed suddenly increases by 300,000 miles an hour, which is nearly double its normal, steady speed. These spikes last for varying amounts of time, from a few seconds to hundreds of seconds. Convert this information into a graph of the speed versus time for an outflow over five minutes of observation. Assume that two spikes occur, one of 5 seconds and one of 100 seconds.

3) The Parker Solar Probe may answer a question that’s been around for decades called the “solar corona problem.” From the context of the article, or from some general research on Google, describe this problem in your own words.

Answer: Why is the corona so hot?

4) The article repeatedly mentions that the magnetic field “flips” without thoroughly explaining this process. What exactly does this flipping of the Sun’s magnetic fields mean?

Answer: This means that the north end of the magnetic field switches locations with the south end.

5) Why did astronomers think that their equipment might be malfunctioning?

Answer: Because the changes in the speed and direction of the magnetic field were happening much faster than expected.